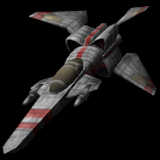 The Ferret is the Confederation's most reliable patrol fighter, widely used by both planetary defense and carrier-based squadrons. Although intended purely as a patrol & recon vessel, it can hold its own in combat against light Kilrathi fighters. 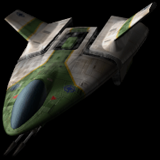 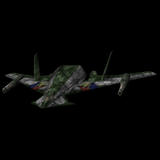 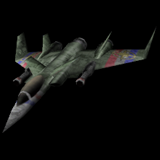 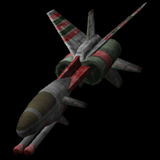 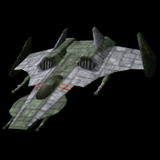 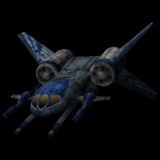 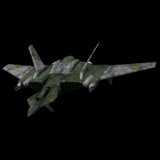 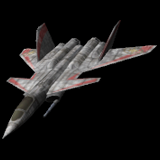 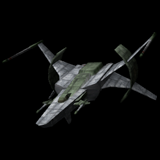 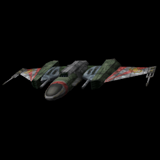 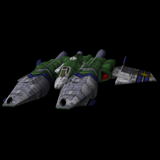 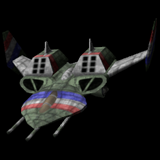 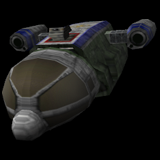 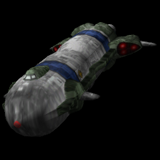 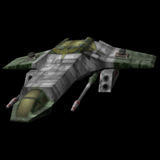 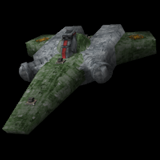 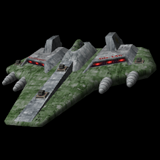 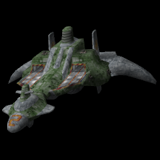 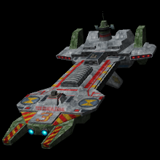 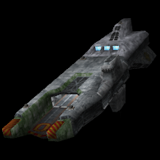 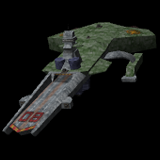 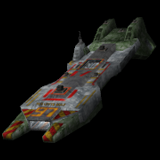 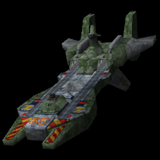 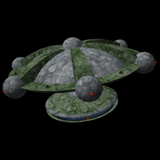 The Ferret is the Confederation's most reliable patrol fighter, widely used by both planetary defense and carrier-based squadrons. Although intended purely as a patrol & recon vessel, it can hold its own in combat against light Kilrathi fighters.

Although the Arrow design is older than even the Hornet, the 'J' model is brand-new, having just entered production. In spite of its designation, the new Arrow is a pure patrol craft - amazingly fast, but unmaneuverable and poorly armed.

Once the most widely used light fighter in the Confederation's fleet, the Hornet is due to be retired in 2669. Even after numerous upgrades, the ship's performance is only average when compared to Kilrathi light fighters.

The Stiletto is one of the fastest ship in the Confed arsenal. A compromise between a patrol ship and a light attack fighter, the Stiletto has a greater range and endurance than the Ferret, but less firepower than the Epee.

A pure dogfighter, the Epee is heavily armed, and can even carry a torpedo. Although notorious for its light defenses, its small size combined with excellent maneuverability, give it surprisingly good endurance in the hands of a skilled pilot.

The Confederation's primary space superiority fighter for over a decade, the Rapier II has excellent maneuverabilty, strong shields, and a good weapon loadout.

A truly superb fighter, the Wraith is widely criticised as another Confed attempt to produce a supership while ignoring financial reality. Limited production for Spec Ops needs is being debated, but full-scale production now seems all but impossible.

One of the Confederation's heaviest combat fighters, the Sabre performs well both in dogfights and in strikes against capital ships. While its shields leave a lot to be desired, the Sabre makes up for it with excellent armor.

One of the oldest fighters in service, famous for the powerful punch it packs, the latest models of the Raptor can also carry torpedoes. The absence of a gun turret on a ship of this size remains a significant problem, however.

The Gladius is the Confederation's most versatile fighter. It carries enough torpedoes to down a small capital ship, while still retaining a decent dogfighting ability.

The Crossbow is powerful enough to take out most capital ships, and is also much more maneuverable than the Broadsword. Most importantly, it is smaller, and can be carried even on cruisers and escort carriers.

The most powerful bombers in the Confederation's arsenal. With no afterburners, the Broadsword is in some ways closer to a corvette than a fighter. It carries an extraordinary weapons loadout, including eight torpedoes and three neutron gun turrets.

These lightly-armored shuttles carry a contingent of Marines for deep space assault operations. Although fast and well-armed for a shuttle, they still require very close fighter protection during combat.

Replacing the Drayman and Diligent classes, the Clydesdales came on-line in 2658. Clydesdales are used as minesweepers, tankers and freighters. Occasionally, they are also used for prison transfers and small Marine operations.

One of the most versatile ships in the Confed fleet, the Venture is used in fast transport, patrol, battlegroup support and capship assault roles. After 20 years of service, it is, however, beginning to show its age.

When the Exeters first appeared in the 2640s, the new emphasis on torpedo strikes placed capships without fighters at risk. Some Exeters were modified to include hangars, but these modifications proved costly - a flaw that was corrected later on in the easily reconfigurable Gilgamesh-class.

These destroyers have balanced offensive and defensive capabilities, and therefore are used in a number of different roles. In several sectors, they make up the bulk of Confed's operational forces since the signing of the truce.

The Waterloo is the Confederation's most efficient cruiser. It is relatively fast, and usually carries almost exclusively strike fighters to complement its heavy attack capabilities.

The escort carriers of this class had their hulls adapted from heavy transports, and have restricted room for fighter storage. However, they are faster than any other ship of their size, and can easily sneak in and out of enemy territory.

The standard Confed Fleet Carrier since the war started, the Concordias are the most numerous capital ships in the Fleet (and also the most cost effective). They carry a full wing of fighters, but have only a light defensive armament.

More heavily armed than a standard Fleet Carrier, the Strike Carriers of this class are among the oldest and most damage-enduring designs in the fleet. The TCS Wolfhound and the TCS Kipling, both of which are currently offline, are the only remaining carriers of this class.

The Jutland-class CVA is one of Confed's newer carrier designs. Designed to replace the Bengal-class and supplement the mainstay Concordia-class carriers, the Jutlands are fast and heavily-armed. Only eight of these carriers have been constructed so far, six of which have already been lost in action.

The only operational ship of this class, the TCS Concordia, is the flagship of the 3rd Fleet. This dreadnaught packs a full wing of fighters, and a heavy weapons loadout which includes the Phase-Transit Cannon.

Capable of supporting thousands of people and a full compliment of defense fighters, the huge Star Bases are one of the most important space station designs in the Confederation.