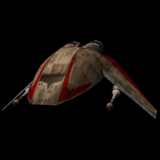 Retired from frontline service, the Salthi is still used by many reserve units. It is a fast and nimble fighter, but suffers from extremely poor defenses and armament. 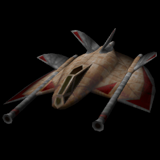 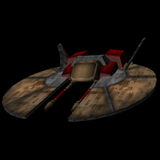 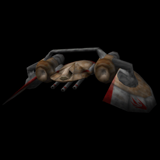 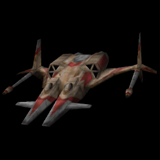 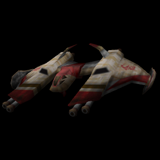 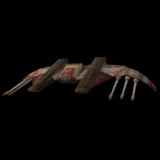 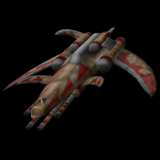 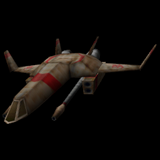 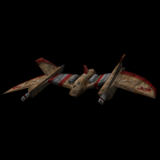 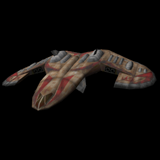 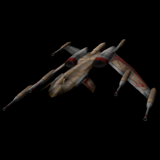 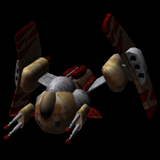 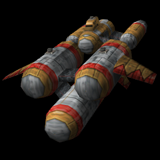 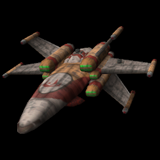 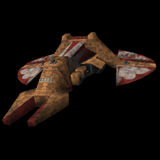 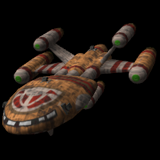 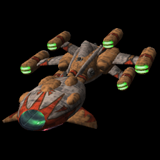 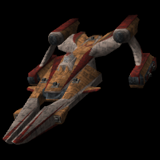 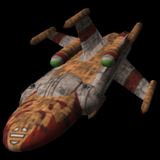 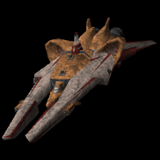 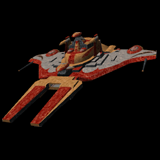 Retired from frontline service, the Salthi is still used by many reserve units. It is a fast and nimble fighter, but suffers from extremely poor defenses and armament.

The Sartha is the primary Kilrathi light fighter. It is inferior in almost all aspects to the Confederation's Stiletto, but can pose a threat when attacking in groups.

First introduced in 2655, the Dralthi Mk. II has been replaced by the smaller Drakhri on most frontline vessels. It is still commonly used on space stations and in planetary defense squadrons. Some older carriers also still carry the Dralthi Mk. II.

Introduced in 2659, the Drakhri is adequately armed, but rather slow and unwieldy for a medium fighter. In many ways inferior to its predecessor, the Dralthi Mk. II, it is significantly smaller - a huge advantage on cramped Kilrathi cruisers.

In 2650, the Krant was far more effective than Confed's Scimitar, with better maneuverability and armor. Now approaching obsolescence, it is still used extensively, especially on older vessels.

Introduced in 2655, the Hhriss is a very effective fighter combining the best features of the Gratha, Krant and Jalthi. The ship is still a rarity - fortunately, it was never possible to entirely replace those older ships with the superior Hhriss.

Introduced in 2641, the Jalthi doesn't have a sufficient missile payload to pose a threat to today's well-shielded capital ships. However, it remains a potent convoy-killer. It has a very heavy gun array. Frontal attacks are not recommended.

The Jalkehi is the ultimate Kilrathi heavy fighter. Although slow and unmaneuverable, the ship's strong shields, heavy missile loadout, five frontal guns, and rear turret make it a serious threat to both convoys and fighters alike.

The Gratha was brought into service in 2654. An extremely powerful capship killer for that period, the Gratha is responsible for the loss of countless Confed ships. Aside from anti-capship capabilities, it is also effective in dogfights.

While slow and unwieldy, the Grikath is a highly dangerous torpedo bomber. The rear turret offers good protection against rear and flank attacks alike. Grikaths have a large payload and must always be considered top priority targets.

The Gothri only entered service a few years ago, and it's already one of the top-scoring capital ship killers of the war. The rear turret and the numerous torpedoes make this one of the deadliest Kilrathi bombers.

This is the Empire's latest fighter prototype. It is not known when it will enter service, nor what its capabilities are. It is rumored that this ship can outperform even the Morningstar.

Encountered only once, (and destroyed) by Colonel Blair in 2667. The ship in question was Prince Thrakhath's own personal fighter. It is not known whether there are any other Bloodfangs in existence. Warning: based on Prince Thrakhath's personality profile, Intel believes that, should the Prince choose to fly the Bloodfang again, he will ensure the new model is exceedingly more powerful than the craft he was previously defeated in.

The Dorkathi class of transports first appeared on the frontlines in the early 2660s, replacing the older Dorkir and Lumbari classes. Although well-armed, the ship has poor shielding and armor.

Replacing the old Spikeri-class corvettes in the 2650s, the Kamekh is a highly effective adversary for the Confed Venture, with superior armor and weaponry. When it comes to shields and speed, however, the Venture is the better of the two.

A new class of frigates, the Targu II are fast and carry an impressive array of anti-fighter weaponry. However, they are very lightly armored, and do not have a fighter hangar. Like the original Targu class, these ships are designed to serve a wide range of roles: patrol, escort, bomber interdiction, and fast transport duties.

The Ralatha is a well-balanced destroyer, and the most widely used in the Kilrathi fleet. Despite the limited hangar space, this class has been reported to carry most types of Kilrathi fighters, always in small quantities.

The fastest Kilrathi capship currently used, the Rigakh cruiser is a light but very powerful capship capable of fulfilling a very diverse set of missions. One of these ships, the Hhai'fra, has until recently served as Prince Thrakhath's flagship.

The Fralthi is a relatively new and still highly effective design. Fralthi are produced in two basic configurations - light carrier and cruiser. The light carrier version features an enlarged hangar to allow the use of even the largest fighters and support ships.

Bigger and heavier than the Fralthi, this new cruiser is a remarkable design. The ship carries 40 fighters, is armed well enough to engage any Confed destroyer or cruiser, and outclasses even the Confederation-class dreadnought in terms of armor.

The primary carrier of the Kilrathi, the Snakeir fulfills a role similar to Confed's Concordia-class. It carries slightly heavier armament than its Confed counterpart, but remains vulnerable to capital ships and concentrated fighter attacks.

Recently sighted deep in Kilrathi space, this new carrier type appears to be almost twice as big as any previously-encountered Kilrathi capital ship. Virtually nothing is known about its capabilities.